Winds carry water vapour from one place to another and completes the water cycle. This means that land-use change that alters water vapour content can also modify downwind rainfall and distant river flows. This aspect has rarely been taken into account in studies of river flow changes. We show in a new modelling study that remote land-use change effect on rainfall can exceed that of local, and that foreign nation influence on river flows is much more prevalent than previously thought. This has important implications for both land and water governance. Inspired by The Guardian Pass notes, I try to re-tell the story in a easy-to-digest format below. Serious science readers, please head straight to the article.

Age: As old as nation states

Like the “invisible hand”? Naw, the water vapour is actually physically there. I’m talking about the water cycle.

Sounds ancient. Sure, the movement of water has been documented since the ancient Greek, but only modern models and data today have had the capacity to map the atmospheric movements of water vapour globally. Do you know how many percent of the world’s rain over land also comes from evaporation from land?

We can change the rain?! As a matter of fact, yes! And we have already done so by changing about half of the Earth land surface: cutting forests, expanding agriculture and pasture, pumping groundwater for irrigation etc.

And with that, we change the entire water cycle… Exactly my point. I and colleagues just published a new study showing that river flows can be more influenced by remote land-use change than by land-use change within the basin, as commonly assumed. So, not just farmers and forest managers dependent on rain should care about the moisture flows in the sky – river basin managers should care too.

Care in what way? We need to inform basin managers that river basins are not the only natural system boundaries. There are such things as precipitationshed (region from which local precipitation originate) and evaporationsheds (region where local evaporation fall as precipitation). In our study, we showed that basins located entirely within one nation state, could have their river flows quite considerably affected by land-use change in other foreign countries – because their basin precipitationsheds and evaporationsheds did not respect country boundaries. In other words, we found that non-transboundary basins could be transboundary in nature, if moisture flows were accounted for.

Whoa, wait a second, are you saying there should be treaties and stuff between nations to govern atmospheric moisture flows? Well, that’s a political decision, and it wouldn’t be a straightforward task. Land-use change can also change the winds themselves and models have a hard time capturing those uncertainties. So setting up new governance boundaries would be a challenge. Plus – climate change is changing circulation patterns – so what would be the baseline management boundaries?

Not to be confused with: Transboundary river basin, the sharing of river basins among two or more nations.

“Enjoy!” On the day of the defence, most greetings from friends and colleagues already assumed that things were set.

In a way, they were. Everything that could be prepared has already been prepared. The thesis is printed and approved. Colleagues, friends, and family have agreed to help out as paranymphs, camera man, livestream technician. I have received and followed the best advice from my extended academic family: done mock defence, prepared for questions, and reviewed related work. I have practised the way to address the committee members with my Dutch colleagues: hooggeleerde opponenst, hooggeachte opponent, zeergeleerde promotor, hooggeachte promotor. Committee members have agreed to share their research and thoughts in an afternoon seminar (with the theme “Frontiers in global water science”) following the defence ceremony. Who said doing a PhD is a lonely business?

But still! All the butterflies!

Breath. Question from opponent. “How does the Penman-Monteith equation represent the advection term in the energy balance equation?” I repeat the question. I try to elaborate. A defence is not about knowing the answer to every question, it is about having an intellectual conversation. Ok, next. “How do people in the US perceive sustainability goals?” Oh, sorry, you meant the United Nation SDGs, not everything is related to Trump…

“Hora est!”, the pedel stamps her mace on the floor and I finish mid-sentence as tradition dictates. Before I knew, the defence ceremony hour was up.

Best tips for the defence day? Feel the warmth from your academic family and “Enjoy!”.

It’s nerve-racking. It’s official. The public defence of my PhD thesis entitled “Root for Rain. Towards understanding land-use change impacts on the water cycle” will take place Thursday 28 September 2017 at 12.30-13.30, preceded by a 15 min talk starting at 12.00, in the Senaatszaal in the Aula of Delft University of Technology, the Netherlands. The defence will be followed by a reception (14.00) in connection to the Aula, and a seminar in room CEG 2.98 on the topic “Frontiers of Global Water Science” (15.30-17.30), with presentations from the committee members followed by panel debate, see seminar programme here. The committee members are:

A digital copy of the thesis can be found at the TU Delft repository here, and propositions here.

Wonderful news arrived this week! I was awarded the JSPS postdoctoral fellowship for overseas researcher. I will be based at the Research Institute for Humanity and Research (RIHN) and work together with Prof. Makoto Taniguchi on “Atmospheric Teleconnections of land and water related tipping points”. 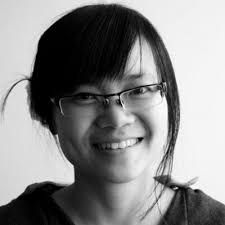 Humanity has and is continuing to considerably transform the Earth's land surface, while facing unprecedented challenges in water and food security. My research tries to connect land-use changes with the water cycle at the continental scale. What are the differences between transpiration and interception evaporation in the hydrological cycle? How have humans influenced rainfall through deforestation and agricultural expansion?